Yes, We Have a Pirate Code

What Pirates Can Teach You About Running Your Company 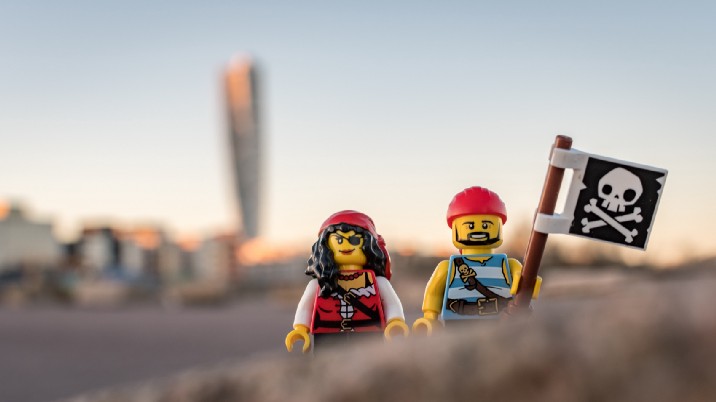 The organizational principles at our company, Fount, are heavily inspired by the maritime pirate codes of the 18th century. It sounds crazy, but ultimately it turned out to be the answer to the following question:

“How do we run a profitable business while maximizing the satisfaction and loyalty of our crew?”

After years of uninspiring projects, bureaucratic inefficiencies, and product mismanagement in the software industry, our founding team had grown weary. We were burned out. We wanted to start over and the only thing we knew for certain was that modern corporate management strategies were horribly broken. We were going to build an organization around the principles of democracy, shared ownership, transparency, efficiency, and profitability. What we soon discovered was that it had already been done. Two hundred years ago.

There is a great deal of incredibly fascinating historical research about the “Golden Age” of piracy and the economic principles that allowed piracy to flourish. Pirate crews of the 18th century learned a number of lessons about retaining talent and running a profitable business. Lessons that modern businesses would be foolish to ignore.

Forget Pirates of the Caribbean

First, forget everything you thought you knew about pirates. The drunken, lawless revelry. The bloodthirsty, tyrannical captains. The reality is so much more interesting.

Though certainly there were instances of documented barbarity, pirate crews were not chaotic hotbeds of violence. Rather, pirates spent a great deal of effort on what economists call “signalling” to ensure that they held a reputation as fearless fighters that were merciless against opposition. The ironic result being that pirate crews were often able to utilize the threat of total annihilation to completely avoid bloodshed by inducing their prey to surrender. Thus increasing profits by avoiding their own losses as well as preventing the destruction of captured vessels.

Pirate ships were far from ragtag crews of madmen. Though the smaller ships might have crew sizes of around 15 to 50 men, the larger warship crews could approach 200.

Like modern businesses, pirate ships had income, expenses, and people to manage. What’s interesting is that they had to do all of this without the support of a legal framework. That is, when your very existence is illegal, you don’t get to rely on contracts, laws, and courts to solve your problems.

Instead, pirate crews had to develop sustainable management practices that were not only profitable, but also able to maintain crew satisfaction and loyalty.

Incidentally, these are often the same primary goals of most modern businesses.

Pirates: Workplace democracy before it was cool

To run these enterprises pirate ships each had their own articles of agreement (also known as pirate code). Though these documents varied in their detail from ship to ship, they almost always relied on the following principles.

In stark contrast to the strict autocratic management of merchant ships; pirate vessels relied heavily on democratic principles. The entire crew would vote on significant decisions. Including where they would sail or what to do with captured vessels. Remarkably, even the Captain and Quartermaster were elected positions and crews would vote to demote a Captain that was failing the enterprise.

Most pirates were former crewman on merchant ships. As such, many of them had grown disgusted with the dictatorial and unaccountable tyrants that captained merchant ships. It is no surprise then that on pirate ships, the captains actually had extremely limited authority. Captains dined and bunked with the crew. They shared spoils with the crew. They even voted with the crew. In fact, the only time pirate captains had complete authority was in the heat of battle. At all other times, the authority to punish crew members, the division of spoils, and the arbitration of disputes were left to another elected position, the Quartermaster.

In light of the fact that piracy is the very definition of theft, it is fascinating to learn that pirate ship crews had a remarkably egalitarian profit sharing model. Though it varied slightly from ship to ship, all captured booty was split relatively equally among the crew. On many ships the Captain and Quartermaster would only receive 1.5 to 2 shares, other highly skilled roles receiving 1.25, and the rest of the crew 1. Contrast this with merchant ships of the time where the Captain would receive 4 or 5 times the pay of a common sailor.

So How Does This Apply to Modern Business?

It is not a coincidence that nearly all successful pirate crews during the golden age of piracy used some variation of the principles above. They were after all trying to solve the same problem:

“How do you run a medium-sized business profitably while maximizing crew retention and loyalty?”

Based on these insights, at Fount we’ve decided to build our business from the ground up on these demonstrably sustainable principles.

All major decisions at Fount are voted on anonymously. We use anonymous voting because it allows individuals to vote in their best interests and removes the possibilities of coercion or vote buying. Anyone can call a vote and a measure will not pass without receiving a majority vote.

There are no appointed positions at Fount. No insufferable managers whose primary career achievement was marrying the CEO’s sister. Instead, projects are organized into teams and each team is responsible for electing its own manager. (Okay, we call them “Captains”.)

3. Every Member is an Owner

At Fount we have decided that owning a significant portion of the company is the only way for an individual to be significantly invested in the success of the company. To that end, everyone that is invited to join our crew is on an accelerated path to becoming an owner.

Every quarter, we issue a set number of new shares to the current active owners and every active owner receives exactly the same number of shares.

Let that sink in for a minute.

This means that no matter who you are, when you join Fount, you will accrue ownership at the same rate as everyone else — from the original founders to the newest members. And if you leave Fount, your relative share of the company will dwindle.

The end result is that ownership of the company is roughly proportional to the value that you have contributed.

At Fount, every owner is entitled to know what everyone else is billing for a given project. This may sound radical to some organizations, but we’ve found it to be utterly refreshing. It completely removes deceit and ulterior motives around billing rate negotiation. As an added bonus, it makes wage discrimination flat out impossible.

At the end of the day, the fundamental problem is that modern management practices are broken. Employees are tired of ineffective and unqualified managers; of receiving disproportionately small compensation for their value; and of not having a voice in their companies’ decisions. As workforce mobility continues to increase, companies are going to find employee burnout and turnover to be increasingly painful. It is time to be looking for alternatives to the traditional hierarchical management processes.

The principles and practices we’ve developed also directly benefit our clients. We vote on every potential project and all projects are staffed voluntarily. This means we never take on work if we can’t put together a motivated crew for it. The result is that our partners get motivated developers and designers that actually want to work on their projects.

“The result is that our partners get motivated developers and designers that actually want to work on their projects.”

Here at Fount, we have found these principles to be incredibly effective at building a workforce that is energized, inspired, and loyal to one another. What is it going to look like in 10 years or at 200 crew members? We don’t know, but right now it’s a hell of a lot of fun.

About Fount: Fount is a digital product design and development studio. We create beautiful, interactive experiences for our partners across many verticals, including consumer web and mobile products, enterprise services, and healthcare.

Additional Reading: We recommend any/all works by Peter T. Leeson, Duncan Black Professor of Economics and Law at George Mason University and author of The Invisible Hook: The Hidden Economics of Pirates. Leeson commonly writes and speaks on this topic but we recommend the following paper as a short(er) form introduction: An-arrgh-chy: The Law and Economics of Pirate Organization